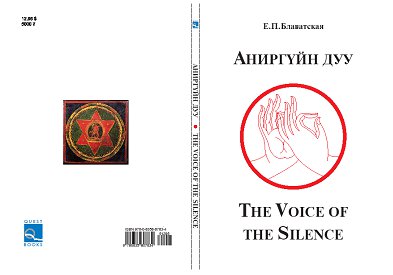 In 2007, some forty-five members of The Theosophical Society travelled with Glenn Mullin to Tibet. The adventure was eventually produced as a documentary film, Journey to Blavatsky’s Tibet (http://www.questbooks.net/title.cfm?bookid=2102). 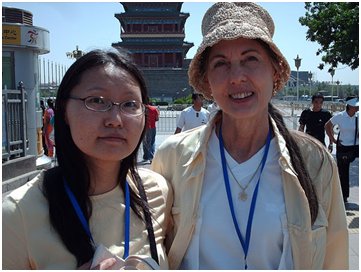 A third of the group then when on to Mongolia. Here the Mongolian writer and translator Degii Delgerjargal organized a visit through many of the sacred power places of Central Mongolia, including Erdene Zuu at Kharakorum, the old capital that had been created by Chingis Khaan in the early thirteenth century. Degii had earlier assisted the group in Beijing; and when one of the group was refused a Tibet travel permit, had taken that member on a private tour of the Kokonor region of northeast Tibet, for which no special permit is required.

The Mongolia visit inspired the formation of a small informal group of Theosophists in Ulaanbaatar, centered at The Nicholas Roerich House, where this early Buddhist Theosophist lived and painted in 1926 and 1927. Glenn took the group to meet with Prof Bira, who had just begun an effort to save the house from demolition. 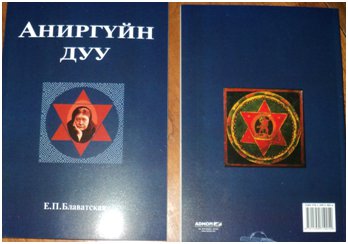 The visit also inspired the first translation into Mongolian of Blavatsky’s The Voice of the Silence, rendered by Degii and edited by Roerich Mongolia Society member Shuree Nyam. The translation was prepared by comparing the original English of Blavatsky with the later Russian translation. In addition, to facilitate the task our old friend David Reigle prepared a special edition of Blavatsky’s work just for the project in Mongolia, modernizing Blavatsky’s English for ease of comprehension, and adding Sanskrit and Tibetan equivalents of the important technical terms. Roerich Mongolia’s friend the Texas Theosophist Doss McDavid, graciously wrote an Introduction. The result was published in 2010.

This Mongolian edition was something of a hit, and it was decided to bring out a bilingual edition, so that Western enthusiasts of Blavatsky’s work would have access to the modern treatments by Doss McDavid and David Reigle. In particular, it was felt that the addition of Sanskrit and Tibetan equivalents for the technical Buddhist words used throughout Voice would be of special interest to international readers. We also felt that many young Mongols would appreciate having the book in the two languages, as a reading tool to facilitate their understanding of Buddhism in English. The material was re-designed and re-published to accommodate the bilingual treatment.

For good measure, we included the Foreword by H.H. the Dalai Lama to the 1989 American edition. Mongolians have been followers of the Dalai Lama since the Third Incarnation visited the Mongol lands in 1578, and the mere fact that the present Dalai Lama wrote an introduction to a somewhat modern edition of Blavatsky’s work seemed a great blessing.

The bilingual edition is available in the West from Quest Books in Chicago, and in Mongolia through various bookstores in Ulaanbaatar. 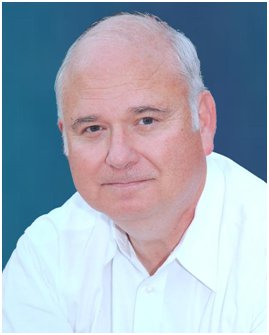 An Introduction to the Mongolian Translation of HPB’s “The Voice of the Silence,” by Doss McDavid

“First lightning and thunder and whirlwind and tremor; and only afterward, in silence, the Voice ineffable.”

Nicholas Roerich, The Realm of Light

H.P. Blavatsky was one of those unique individuals whose influence extends far beyond their immediate circle of friends and their short lifetime on earth. She attracted the attention of the intellectuals of her time, inspiring people as diverse as Thomas Edison, William Butler Yeats, and Mahatma Gandhi. She was one of the principal founders of the Theosophical Society, an institution that has given rise to a host of offshoot organizations and left its traces in today’s art, literature, and vocabulary.  She was the author of hundreds of articles and of five important books that have stayed continually in print since the time of their writing. While they could be studied for several lifetimes without exhausting their ramifications, the philosophy set forth in these books is very simple: the essential unity underlying all things, the cycles that manifest throughout the universe, and the perfectability of conscious life through evolutionary growth.

Born in nineteenth-century Russia, Blavatsky left the country of her birth at an early age to explore the world.  Searching for strange and unusual phenomena and determined to uncover the secrets of life and death, it was in Eastern lands—specifically Egypt, Lebanon, India and Tibet—that she found Those who were to become her Teachers and to guide her along the path toward greater knowledge.  She was accepted into their inner circles, initiated into their esoteric schools, and trained in their way of life. Under their guidance, she practiced their systems of inner discipline and self-culture till she was judged competent to return to the Western world.  Upon her return, she was entrusted with a distinctive mission—to call attention to the “Wisdom of the East” and to gather together a group of open-minded seekers who could promote and extend the Theosophical Movement throughout the world and into the future.

It is our privilege to make available a Mongolian translation of “The Voice of the Silence” and two other small treatises comprising  the  Book of Golden Precepts.   Written down by H.P. Blavatsky from memory toward the end of her life, she had studied and learned them by heart years before during one of her visits to Asia. In recognition of its importance as a spiritual text, in 1927 a special edition of this book was published in Peking (now Beijing) with an introductory blessing from the ninth Panchen Lama who was at that time living in China.

While most Mongolians may be unfamiliar with Madame Blavatsky and the Theosophical Society, many will have heard of Nicholas and Helena Roerich and their two sons George and Svetoslav. The Roerich family visited Mongolia in 1926 and lived there briefly before continuing on their journey back to India.  The members of the Roerich family were devoted Theosophists and dedicated followers of H.P. Blavatsky. Readers who are familiar with the Agni Yoga series, written down from the dictation of Eastern Teachers  and published by Nicholas and Helena Roerich for the benefit of their students, may recall multiple references to the “Voice of  the Silence”, the title of the little book now presented to the Mongolian public.   Thus, in Agni Yoga we find the following passage:  “It has been truly said that manifestations come first in thunder and later in silence. It is impossible to hear the Voice in silence without having first experienced it in Thunder, which is much less difficult and exhausting.  But after thunder, silence follows; and it is in silence that the Essence is found.

The meaning of this passage cannot be fully understood without being familiar with the first of the three treatises now presented for the first time to Mongolian readers. In the instructions given there, it is explained that the psychic perception of the disciple passes through a gamut of seven stages culminating in the full realization of the inner voice.  The sixth of these is said to be like thunder while the last is the voice of Silence itself.

Helena Roerich referred to H.P.B. as “the great spirit who accepted the bitter task of giving to humanity, lost in dead dogma and on its way to atheism, the impulse to study the great sacred Doctrines of the East” (Letter from Helena Roerich dated 8 September, 1934).  In another letter, Helena Roerich wrote that  “H.P. Blavatsky was sent to the world to fulfill a great mission…to shift the consciousness of humanity” (Letter from Helena Roerich dated 15 November, 1935).    So deep was his devotion to Blavatsky’s memory that in 1925 Professor Roerich  painted  ‘The Messenger’ dedicated to H.P.B. and personally brought it to Adyar, the international headquarters of the Theosophical Society.

It is the sincere wish of the members of the Theosophical Society in America that the present little booklet will serve as a fitting introduction to the teachings given to the world through H.P. Blavatsky.    May other translations follow and may the people of Mongolia find inspiration in the works transcribed by this “fiery messenger of the White Brotherhood”.